Simon Albaugh is an

intensely introspective person. He is the satire writer and social media editor for Oakland University’s student newspaper, ‘The Oakland Post.’ A junior majoring in Journalism and Fiction Writing, Albaugh works every day at improving his skills in both the fields he finds as exhilarating as intellectually challenging. Moving away from humor, Albaugh focused on survivors of the Yazidi genocide. Meeting with human rights lawyers and Yazidi survivors of the Sinjar Massacre alike, Albaugh hopes his small contribution to this devastating tragedy will help in developing a nationwide interest in the survival of the Yazidis intensely unique culture. After a shift in perspective on this trip, Albaugh only hopes to help survivors of human-rights abuses in the future.

Haley Argeros is a hardworking 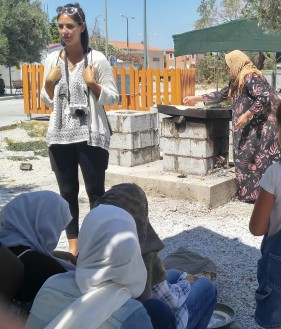 Communication major at Oakland University. Argeros, who enjoys talking to others and meeting new people, has enjoyed her time getting to go to different refugee camps and making connections. Aregros expects to return to continue studying, and hopefully bring awareness about the refugee crisis.

Mallary Becker is an engaging influential force to be reckoned with as she enters her senior year at Oakland University. A Communication major with an interest in Journalism and Teaching English as a Second Language. Her focus has been the influence o 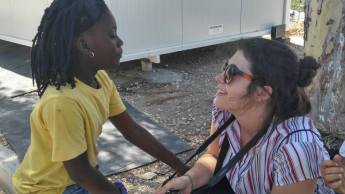 f English ina refugee’s journey. She hopes to find happiness and success in her career for an organization that has a constructive impact on the world. 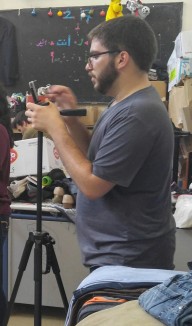 Michael Blackburn is a light hearted and witty advertising major at Oakland University going into his senior year. Blackburn has been reporting on alternative forms of trauma therapy in the camps. Blackburn hopes to complete his Bachelor’s inn advertising and work at an ad firm while pursuing his Master’s in business. 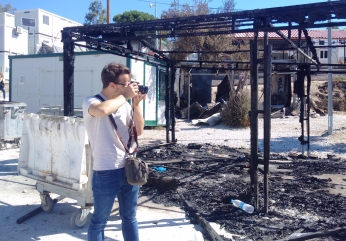 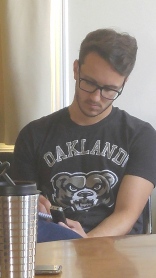 John Bozick is a journalism major with a minor in Political Science, he is also the Web-editor at the Oakland Post. His field of focus in Greece was on the political and economic aspects of the refugee crisis, he examined what would potentially happen if the relocation program were to end after September 2017. He plans on pursuing a career as an editor after he graduates, his dream job would be to become press secretary for Bernie Sanders, sadly that dream is not very realistic. 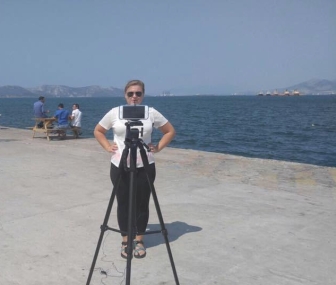 Morgan Brouillet is a senior at Oakland University majoring in Communication and minoring in public relations. She took this class as an elective as well as to widen her outlook on the world. Brouillet went into the course thinking she wanted to focus on mental health in the refugee camps. As she visited more camps in Greece, she realized that many refugees aren’t seeking professional mental health treatment to overcome their traumas. Brouillet wants to have a career in public relations, nonprofit organizations or corporate event planning. 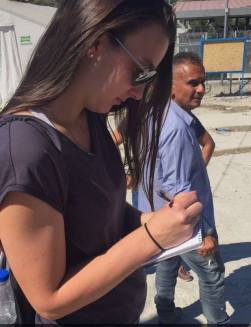 Melissa Deatsch is a recent graduate of the Oakland University Journalism program.  She gained her Bachelor’s Degree in Journalism with minors in Political Science and Broadcasting. Deatsch focused on the education of refugee children during her time in Greece. Upon her return to the US, Melissa plans to pursue a career in political journalism.

Jessica Duronio is a senior at Oakland University,

majoring in International Relations with minors in Political Science and Mandarin Chinese. Duronio spent her time in Greece studying the relocation and asylum processes for refugees and conducting research for her honors college thesis. Duronio plans to return to Oakland University to complete her senior year before attending graduate school and pursuing a career with NASA.

Jennifer Gerlando is a senior at 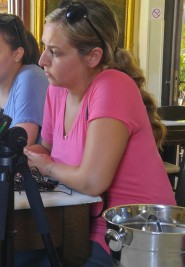 Oakland University. She is majoring in Communication and minoring in Advertising. Gerlando spent her time in Greece studying the refugee asylum process and how Greece is v 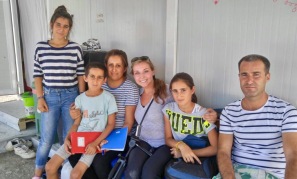 iewed as a second choice for asylum. When Gerlando returns home from Greece, she plans on going back to work, finishing school, and telling others about her journey studying Greece’s refugee crisis. 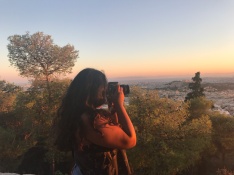 Abigaile Kootsillas is an ambitious journalism intern who is entering her junior year at Oakland University. While reporting in Greece, Kootsillas primarily concentrated on the resilience of refugees. As she enjoyed learning and talking to the refugees, Kootsillas wants to return to spread awareness and gain more knowledge. Kootsillas aims to complete her Communication degree with a psychology minor and although uncertain of her future career path, Kootsillas aspitres to have a career as a Communication  Representative.

Christina Salem is a journalism major and PR minor in her senior year at Oakland University. While reporting in Greece, Salem chose to focus on the Christian minority population within the Greek refugee camps. Additionally she worked as the PR intern curating social media and website content. Salem will be completing her degree this December and hopes to pursue a future affecting society as a whole in some way.

Mary Siring is a Journalism and Graphic Design major with a minor in history, entering her junior year at Oakland University and is a reporter for the Oakland Post newspaper. While reporting in Greece, Siring focused her attention on art and music programs in refugee camps. She hopes to pursue a career in journalism upon graduation.

Allyson Szydlowski is an ambitious Communication, Public Relations and Advertising student. A senior at Oakland University, she has taken International Reporting in Greece to satisfy her internship credit in Public Relations. Szydlowski’s focus this trip was mental health, suicide in particular. In addition, she created a website, ran social media outlets, wrote press releases and served as a spokesperson for the study abroad program. In the future, she hopes to take all that she has learned and become an Event Coordinator.

Jessa Vivio is a Communication major at Oakland University and part of the journalism intern team.  While  reporting in Greece, Vivio focused her attention on the sports in the refugee camps. She hopes to complete her degree in Communication and pursue a future in business.